I was in an epic struggle. Despite years of time and effort I wasn’t sure I could finish the project. This wasn’t your everyday kind of project; this was a life goal, alter your destiny kind of project. And I was losing the battle.

I had the skills necessary to accomplish what was in front of me, but I was paralyzed with an inability to do the work. During this season I read The War of Art by Steven Pressfield. I discovered names for my paralysis: fear and resistance. I was afraid that I didn’t have what it takes, that I wouldn’t be able to get the job done, that I would fail at a major life goal. So resistance took over, giving me all the reasons I would ever need to avoid instead of doing the work necessary.

Pressfield named my struggle and help me understand that fear is not always a sign to stop or retreat, for fear can point the way to what we are most supposed to do. We overcome resistance by going pro – showing up and doing the work even when we’re afraid.

I resisted resistance and fear, did the work, and accomplished my lifetime, destiny altering goal. Thank you, Steven.

Recently, Mike at Speakeasy contacted me with an opportunity to receive a free review copy of Jeff Goin’s The Art of Work. I immediately noticed the homage to Pressfield’s work in the title. Seeing that Pressfield endorsed The Art of Work sealed the deal: Let’s see what Goins has to say.

While Pressfield reflects on how to get our work done, Goins is reflecting on what work we should be doing. How do we discover and live into the calling to our true life work? Goins reflects on the nature of calling and discovering our vocation. By listening to people’s stories he discovers and unpacks seven common characteristics of people who embrace their calling:

It turns out that calling is less about planning for the perfect life and more about responding well to the unexpected moments of life.

I once thought that discovering my calling was something I would accomplish once and be done. It’s the “what will you be when you grow up” question. If this was the case, I would have settled this at 19. I’ve since made a discovery: we are never finished discovering our calling. Our calling becomes more specific as we walk the path it has for us. It manifests differently in different seasons of life. And, if we let it, calling will guide us throughout our life.

In Organic Outreach for Churches, Kevin Harney asks three questions for churches that desire to grow in outreach effectiveness.

If you can give an enthusiastic yes to these questions, says Harney, your church is on the verge of seeing an explosion in outreach effectiveness.

However, if you cannot give an honest yes to any of these questions, it will be very hard to develop a culture of effective outreach in your church.

Today is the 150th Anniversary of the death of Abraham Lincoln. John Wilkes Booth shot Lincoln at the Ford Theatre on April 14, 1865. Lincoln died the next morning in the Petersen House.

Lincoln was a great president – a great man – who lead our nation during its darkest days. His enduring legacy is as the Great Emancipator, freeing the slaves through the Emancipation Proclamation on January 1, 1863. Many consider Lincoln to be the greatest president. Both Republicans and Democrats claim the Lincoln Legacy.

Yet, Lincoln would not be considered a great leader today.

His great strength, that lead to his enduring legacy, is today considered a weakness among those in politics.

Lincoln opposed slavery throughout his life. However, unlike commonly held assumptions, Lincoln did not enter politics or run for president under the platform of freeing the slaves. In fact, Lincoln was no friend to the abolitionists who called for the immediate ending of slavery. Lincoln had no intention of ending slavery.

Here are Lincoln’s own words on the subject.

I have said a hundred times, and I have now no inclination to take it back, that I believe there is no right, and ought to be no inclination in the people of the free States to enter into the slave States, and interfere with the question of slavery at all.
– Speech at Chicago, Illinois, July 10, 1858

I say that we must not interfere with the institution of slavery in the states where it exists, because the constitution forbids it, and the general welfare does not require us to do so.
– Speech at Cincinnati, Ohio, September 17, 1859

Even in Lincoln’s first inaugural address, March 4, 1861, he confirms that he has no plans to end the institution of slavery.

I have no purpose, directly or indirectly, to interfere with the institution of slavery in the States where it exists.

In an August 1862 letter to Horace Greenly, while the Civil War is in full conflict, Lincoln affirms that his role in the conflict is not to end slavery, but to preserve the union.

My paramount object in this struggle is to save the Union, and is not either to save or to destroy slavery.

Yet, only a few months later, on January 1, 1863, Lincoln issued the Emancipation Proclamation, proclaiming

That on the first day of January, in the year of our Lord one thousand eight hundred and sixty-three, all persons held as slaves within any State or designated part of a State, the people whereof shall then be in rebellion against the United States, shall be then, thenceforward, and forever free.

What led to this shift? Lincoln assessed the situation, and with great thought, in response to the realities facing him, realized that freeing the slaves was the right corse of action. Lincoln changed his mind.

Lincoln’s great strength was his ability to change his views and political direction when it was right and necessary.

Today this ability is considered a weakness, not a strength.
And our country is weaker for it.

Lincoln today would not be praised for his leadership, but dismissed as a “flip flopper” who cannot be trusted.

And it saddens me.

The 2016 Presidential Election cycle is just beginning, but I already see it. Potential presidential candidates, from both the left and the right, are called out as chameleons, liars, or dangerous if they have changed any views over their years of service. We aspire for candidates who hold fast to their beliefs under pressure. We want an unchanging cornerstone who can champion our views with strength.

Yet, we live in rapidly changing times. Adaptability is as important as resoluteness. The ability to assess changing situations and adjust long-held positions when necessary and good is a crucial leadership strength.

I’m afraid of leaders who have never adjusted their opinions when presented with new facts or changing situations. The candidate I would support must hold steadiness and adaptability in equal measure. Like Lincoln.

It is a sign of maturity to put earlier beliefs behind you when necessary. The apostle Paul says it this way:

We need a new Lincoln in our country. But, unfortunately, we will not accept one.

This week of Free Book Friday we have three FREE books worth checking out.

Relationships: A Mess Worth Making 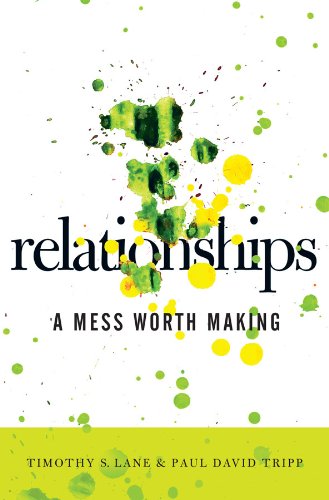 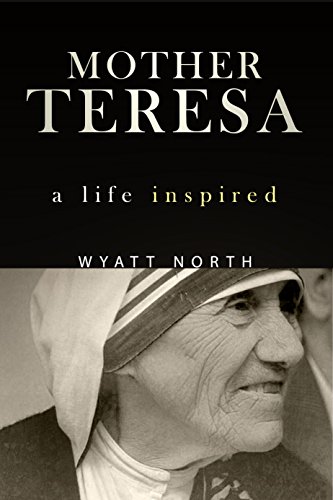 Fred 2.0: New Ideas on How to Keep Delivering Extraordinary Results 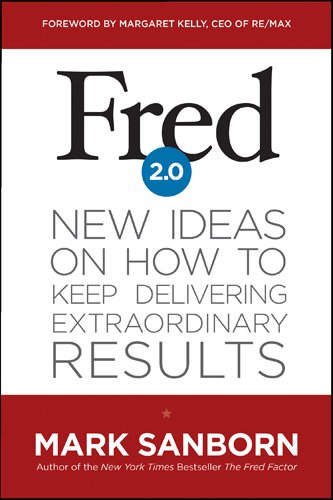 A Meal with Jesus: Discovering Grace, Community, and Mission around the Table

Taking God At His Word: Why the Bible Is Knowable, Necessary, and Enough, and What That Means for You and Me

All In: You Are One Decision Away From a Totally Different Life

A quote for Back-to-School Monday.

“Intelligence plus character–that is the goal of true education.” -Martin Luther King, Jr., “The Purpose of Education”

A truly good book teaches me better than to read it. I must soon lay it down, and commence living on its hint. What I began by reading, I must finish by acting.
-Henry David Thoreau

It’s VBS week at McAdenville Wesleyan. Here’s a quote to celebrate those who invest in the lives of children.

If I could relive my life, I would devote my entire ministry to reaching children for God!  -D. L. Moody, evangelist

Jon Nicol has written the helpful article “11 Tips For Confronting Poor Preparation On Your Worship Team.”
While Jon’s article focuses on confrontation within worship ministries, the tips he provides are useful for any leader to develop positive confrontation skills.
Here are Jon’s 11 tips. I have retitled them 11 Tips For Positive Confrontation.

Read the full article for explanations of these tips in action.